Brookfield Academy is proud of its Montessori philosophy and school history as we continue to pursue the highest standards of excellence.We believe student success is achieved through an individualized, ability-based curriculum. 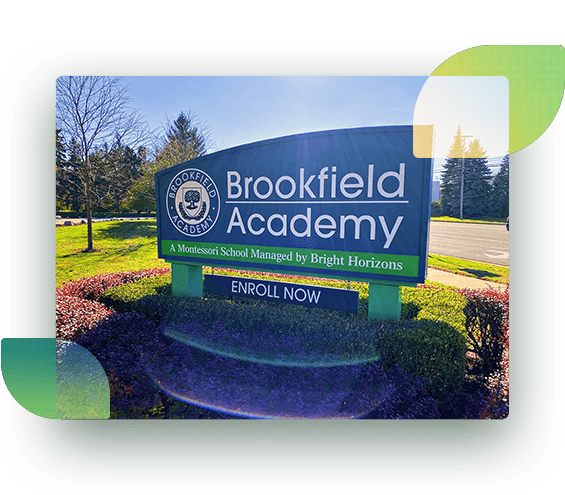 Brookfield Academy’s Montessori philosophy is rooted in the work of Dr. Maria Montessori, a visionary who approached education from a scientific viewpoint. Our students are taught with concrete materials and demonstrations to capture their interest. As Dr. Montessori did, we “follow the child,” meaning that each child has a unique learning path that we honor by teaching to the child’s ability in all areas including academics, social, and life skills. At Brookfield Academy, children develop the tools they need to excel as learners and to succeed in life. As a Leader in Me (LiM) School, we use the FranklinCovey method to empower our students with the leadership and life skills they need to thrive.

History of Brookfield Academy in Michigan

Founded in 1964, Brookfield Academy was the first Montessori school in Michigan. Its innovative early childhood methods and curriculum attracted the attention of parents from a wide geographic area.Beginning as a preschool/kindergarten, the school soon added lower and upper elementary programs.From humble beginnings as the Laurel Montessori School in Drayton Plains, Michigan, Brookfield Academy is today one of Michigan’s premier private schools with additional campuses throughout southeastern Michigan.

Since its founding, Brookfield Academy has been honored on numerous occasions both by the United States Congress and by the Michigan legislature for academic excellence and contributions to early childhood education practices.

As a Montessori school, our curriculum is rooted in a profound respect for the child and a belief that education should be an experience that helps the child deal effectively with the real world.

Student success at Brookfield Academy is achieved through an individualized, ability-based curriculum. It is further enriched by classes in art, foreign language, music, computers, and physical education.